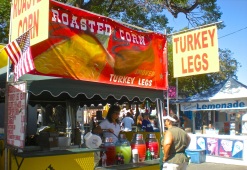 Sunday morning begins with the St. Francis Choir at 9am. The Historical Parade at twelve noon on Sunday brings Taos traffic to a halt.

A historical carousel known as Tio Vivo has been a key part ofFiesta every year since 1939. The only one of it’s kind active in the United States, the 19th-century “Flying Jenny” first arrived in Taos in 1896 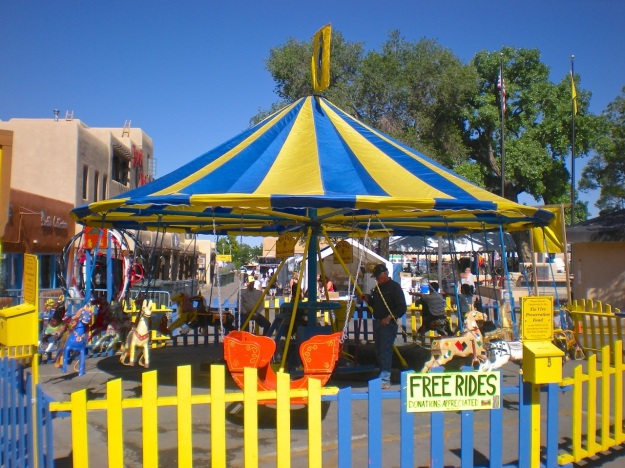 The Taos Lions Club maintains the priceless treasure that they feel belongs to the children of Taos. The club covers the large maintenance costs and hours of volunteerism so that children attending Fiesta can enjoy free rides on Tio Vivo .