Put on your party hats and head to downtown Golden Friday evening, June 12 to celebrate the city’s vitality and vision at the ripe old age of 150. After gold was discovery in the mountains west of the city and along the banks of Clear Creek, Golden quickly became an important supply post and was capitol of the Colorado Territory from 1861-1867. Today Golden maintains strong ties to its past and unique character.

June 12th festivities start at 5pm in Lions Park with fun for the entire family – games, history organized by the Golden Cultural Alliance plus food and merchandise booths. At 6:30 marching bands, floats and horseback riders parade down Washington Avenue. Participating businesses and organizations that make up the Golden community include the Buffalo Bill Museum, MillerCoors, Colorado Railroad Museum, American Mountaineering Center and dozens of others. 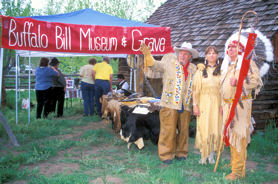 After the parade (7:15) head back to Lions Park for a concert by the Jefferson Symphony Orchestra and the Golden Concert Chorale. Then it’s time to for free birthday cake and ice cream.

The evening entertainment ends at dusk (9:15) with a laser light show and multimedia presentation of Golden’s history. 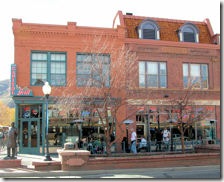 …and we’ve never gotten over it

Therefore the Governor of the State of Colorado has declared that Golden will be the Capitol again for one day, June 12th, 2009.”