Always a major focus in Taos, the local art community ramps it up a notch September 25th with the opening of the 35th annual Taos Fall Art Festival. Three shows at the Taos Convention Center highlight the works of Taos County artists during 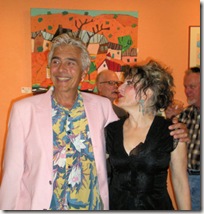 The region has hosted a large concentration of artists for more than a century. Works in the three shows are all by artists who live at least 75% of the year in Taos County. The works of emerging artists or those living in the region for at least one year can be seen in the Taos Open show. Artists living in the county for at least five years and whose portfolios have been accepted by the jury committee are featured in the Taos Invites Taos show. A special exhibition, Taos Living Masters, highlights the works of nationally and internationally recognized artists who have been residents for at least 15 years. The inclusive shows represent local Hispanic culture, as well as the Pueblo and Anglo communities. All works in the three show are for sale. Patrons will see the latest from known favorites and  discovery the up-and-coming

The exhibitions open with a reception Friday evening, September 25th, at 5pm in the Taos Convention Center, 120 Civic Plaza Dr. A feature this fall will be artists creating new works in the venue. The show can be view daily through October 12th from 10am-5pm.

Fall is a favorite time for a Taos visit with sunny days, evenings with a slight nip in the air, whiffs of pinon wood fires, and flowering chamisa. Taos museums and galleries feature special exhibits such as a one person show by Teruko Wilde at Total Arts Gallery or Walt Gonske and Jerry Jordan at Parsons Gallery of the West. Both have artists receptions on September 26. Join in the celebration of Taos art. 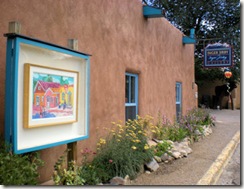 When You Go: For information to plan your Taos visit contact the Taos Chamber of Commerce Convention and Tourist Bureau.